We might just be about to witness the next ‘industrial’ revolution; one where societal interactions on all levels become completely decentralised (or peer-to-peer, as the saying goes). What does this really mean? It means cutting out the middleman so that people (and machines) can transact with each other in full trust and with high degrees of privacy. Doing so lowers cost, increases efficiency, and opens up lots of opportunities. 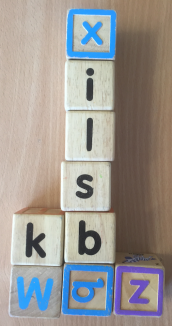 This might sound like an iterative change with little impact, and when I first started to look into this I wasn’t particularly impressed with the hype. But, take a step back to look at the bigger picture and indeed the full potential, and it becomes apparent there might just be something disruptive and paradigm-shifting in it all.

The most cited example (and perhaps easiest situation to relate to) is that involving money. Blockchain is almost synonymous with Bitcoin, the virtual currency that most people have heard of but relatively few have dared buy or spend. Ironically it is Bitcoin’s encrypted virtual autonomous being that seems to deter people from adopting it; can it be trusted? Will it just evaporate from my virtual wallet? Does it really have any value?

Yet it is designed precisely to allay these fears. It is also a way to send and receive money with someone directly anywhere in the world without involving a bank, a clearing house, or any one specific third party. It’s like paying for cash without the need of a government regulated mint or central bank to issue and manage the currency.

But Bitcoin is more than this.  It relies on multiple copies of a decentralised record book (a distributed ledger; the blockchain) to encrypt and record the transactions thus creating an immutable audit trail. It is this aspect that will very likely be incredibly disruptive. This is because the blockchain does not have to be limited to transacting Bitcoins. It can form the backbone for exchanging contracts and credentials; like any database or record book only with added security and in many ways greater transparency. Moreover, the contracts can be smart so that actions can follow automatically based on a set of software rules without human interference. An example is that the Bitcoin could be loaned automatically to a business, the business could pay interest automatically to the lender, and the loan could be repaid automatically when the business meets a set of agreed criteria. And if you are a bank, then you are no longer in the loop. And if you are a government, you may find it rather difficult to regulate. And if you are tax authority, you may well be avoided.

Looking into the details there are a few surprises along the way. The ledger is getting bigger by the second, and so as I write this, the blockchain associated with Bitcoins stands at just over 56Gb. It takes a while to fully transact a Bitcoin (around about 10 minutes; considerably slower than a credit card payment, significantly faster than an international telegraphic transfer). It also requires a fair amount of energy; the bitcoin and associated transactions require cryptography and consensus by many parties, and the system has built in this number-crunching cost to ascribe some value and rarity to the currency.  There are other technical challenges as well around limitations and levels of security of the current blockchain, not to mention the issue of standardisation and the existence of alternative blockchains, other virtual currencies and a growing range of  protocols.

But one thing is almost certain. The blockchain will start to creep into our everyday lives just as personal computers, the Internet and social networks have. Currently there are bits and pieces about you dispersed around the global network and before long some of these will become attached to blockchains. You may not ever understand the inner workings, but you’ll probably wonder how you ever functioned without them.

Join us at the Malvern Festival of Innovation to find out more about cyber security, the Internet of Things and where blockchains fit into all of this. And when we go live with our Formal Dinner tickets, as in previous years you will be able to pay with Bitcoins…